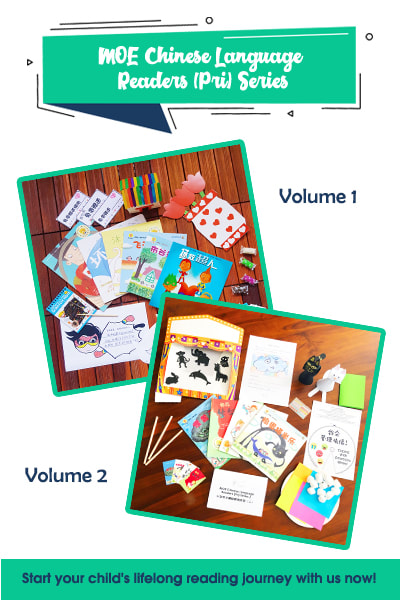 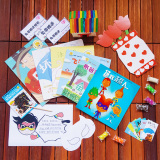 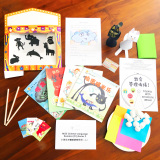 In this captivating story, Mr Bu Gu is someone who did not wish to live at a single location for life. He loved seeing new places, and was always thinking of new places to move to. Moreover, he did not have to spend a single cent buying houses when he moved because he had a house with wheels! With this amazing house, Mr Bu Gu was able to move wherever and whenever he wanted.

A loaf of bread carrying litle children began on a happy journey, first on the railway track, then up into the sky! It brought the children to the bread kingdom. However, a monster unexpectedly appeared and swallowed everyone up. Can the little children go home safely?

There's a big bad mood spreading through the woods! It started with Bear, who upset Mole, who snapped at Hedgehog, who was prickly with Fox... Soon, Bear's bad mood had made everyone grumpy! Mouse, however, was not affected. Read on and find out how its little act of kindness might just be the thing to make everyone happy again!

Mom said, "No one will paint on graffiti day!" Why was this so? Harvey chose not to heed his mother's advice, and took out his brush to draw when she went out. He drew a fly, a spider, and a big bird. But trouble came......

Generous Mr Schneider had a basket of apples to give out for free. He wrote a note and left it on top of the basket. However, the wind blew the note away, and the sequence of events that happened thereafter turned out to be both hilarious and unbelievable. As the story unfolds, you and your child will be taken on an

emotional rollercoaster. Simple yet wonderful, this story teaches us to be kind and generous, in a fun and engaging manner.

Everyone was fond of the superhero school. All the students had superpowers, except Hendrik. Hendrik was playful, had poor results, and did not have any power at all! However, one day, when a big monster appeared and created chaos in the superhero school, it was Hendrik who succeeded in defeating it. How did he

One day, a huge dark cloud floated over the city. Suddenly, it became a monster that wanted to eat the children in the city. There were three criteria it looked out for while searching for the perfect boy for his meal. And there was only one boy in the city that met them. What were the criteria? Can the monster cloud catch this boy?

One day, Fei’s shadow blocked a part of his painting, causing him to make a mess. Fei became angry with his shadow, and started venting his frustrations at it. This made his shadow mad too, and his shadow decided to leave him. What would happen to Fei, now that his shadow was gone?

Many children are unsure of how to cope with anger, and Lisa is no exception. Whenever Lisa got angry, her shadow would grow extremely large, she would push down houses, she would stomp, roar, wail……until all the anger within her had been vented, and she returned to her calm self. In this book, the author demonstrates to young readers, in a light-hearted manner, the appropriate ways to diffuse the negative emotions we all have from time to time.

There was a playful little black cat that went missing. While the owner went around looking for it, the mischievous cat transformed into different forms and played hide and seek with its owner. Can the owner find her cat?

All book sets come with a set of collectible story cards and a reading &activity guide for parents.